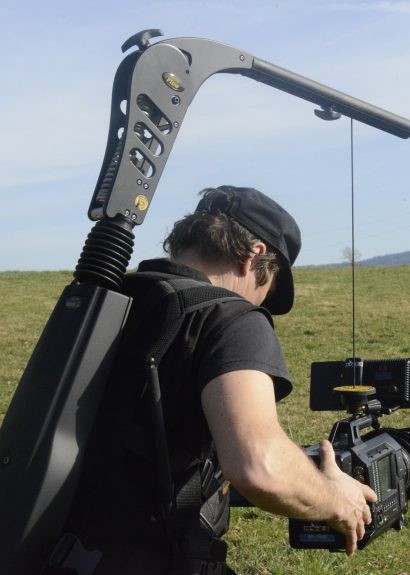 Description Evaluations 0
Description
The Easyrig STABIL was released at NAB in 2019, for years Easyrig users have been wanting us to... more
Close menu
Product information "Easyrig STABIL - NEW"

The Easyrig STABIL was released at NAB in 2019, for years Easyrig users have been wanting us to build something that smoothen out shots when walking. The Easyrig STABIL is incorporated into the Easyrig system to make the weight distribution as even and ergonomic as possible. Stabil is the Swedish word for “Stable”.

The Easyrig STABIL can be mounted to Cinema 3 and Vario 5. If you need help with this please look at our instruction video which can be found under “Service Videos & Manuals”.

The Easyrig STABIL together with the Gimbalrig vest and the Vario 5 system weighs 8 kg / 17.6 lbs.

Easyrig STABIL can be purchased as a spare part and be fitted onto your existing Vario 5 / Cinema 3 system.

A larger bag will have to be purchased in this case, unless you have EA047 (Big Bag). A new bag called STABIL bag will be released later this year (EA048).

Customers also bought
Customers also viewed
Viewed
We use cookies to provide a better user experience. Please read our privacy policy and agree to the use of cookies. You can always disagree. More information
Ok, got it